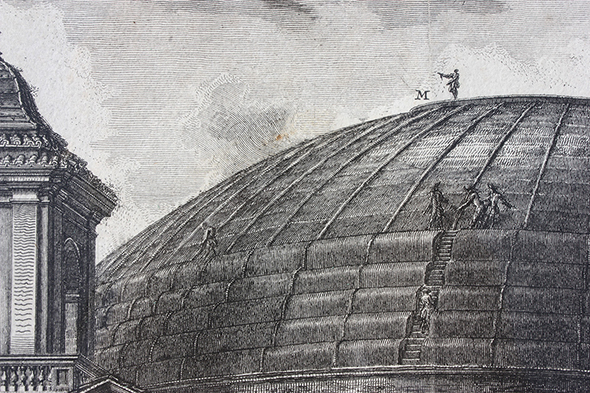 Giovanni Battista Piranesi (1720–1778) turned the fantastical into aesthetics. He programmed the transcendent and irrational as a norm, creating an “anti-architecture” that not only broke with established rules and conventions in building, but which have offered a corrective for architects and urban planners to this day. Graphic series like the Carceri have become metaphors of modern man’s inner turmoil heralding 20th century expressionism. Yet such series can be seen equally as an experimenting with spatial and architectural possibilities. Piranesi’s imagined worlds do not appear simply from nowhere. This course establishes the foundation for his fantasies in art history, scenography, and archaeology, and pursues Piranesi as a motif from engraving to literature to contemporary architecture. The students will be involved in the making of a concrete and spectacular exhibition.

From engraving to literature to contemporary architecture, the course is planned to end with a concrete and spectacular exhibition project.