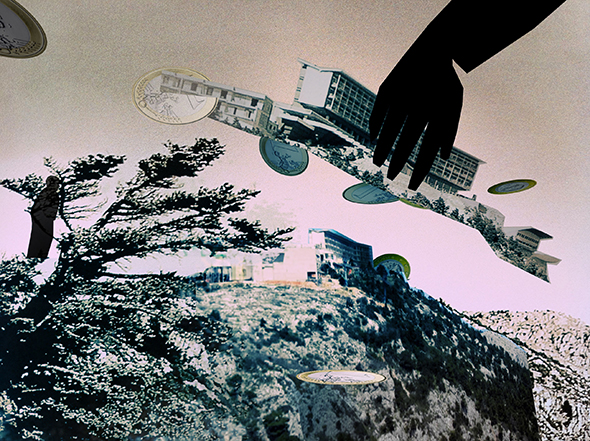 Re-Store will examine restoration as a tool for re-imagining reality. Invoking preservation and archaeological methods, we will observe the built environment as an archaeologists’ open source library of proposals, to which we can intervene and inject. We will analyze history as a design process, and create timelines of development from past to future.

Defining restoration as a process that follows financial, structural, environmental or social crisis, we will approach the Casino of Mont Parnas, overlooking the city of Athens. The exceedingly over-budget exclusive hotel was intended as an advertisement for Greece’s booming foreign-aid funded economy in the 1950’s. The investment proved unsustainable and quickly bankrupted. This was only the start of a series of failures, which saw the building adapted and renovated over and over again, leading up to its present state of being perpetually under construction. The modernist carcass of the mega hotel forms an accidental symbol of Greek economy: an artificially staged success story that took on a downward spiral of restorations and ominous bailouts.

The studio will cover a broad range of subjects, from the actual architectural renovations of the building, to its premature role as an advertising symbol, to the political and economical repercussions of a renovation, even to restoration as tool used by designers against the late-capitalist cycle of continuous and sometimes forced development. The students will be asked to develop projects within an expanded idea of an architectural proposal.