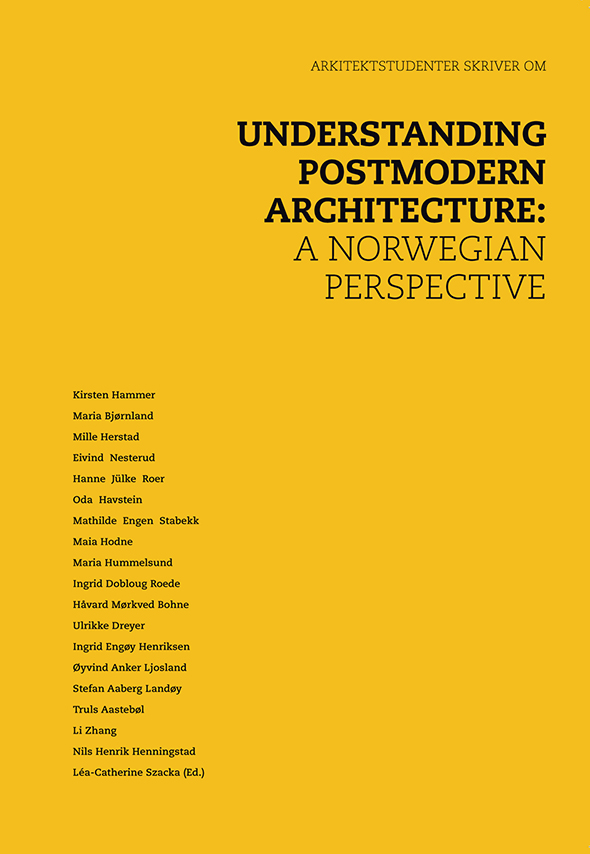 “A spectre is haunting Europe — the spectre of postmodernism”. In 1980, reporting on the First Venice Architecture Biennale, French journalist Gérard-Georges Lemaire adapted Marx and Engels’ famous formula, used as opening passages of The Communist Manifesto, in order to describe the state of affaire in European architectural culture. But what exactly had happen to architecture between the mid-1960s and the mid-1980s?

Starting from the general assumption that postmodernism is the era that follows modernism; this seminar aimed at defining the term postmodern in relation to architecture. With the demise of the Modern Movement in the late 1950s and early 1960s, architects from Europe and America (amongst others) increasingly started to use historical references, colour and ornament, while aiming at communication through a polysemic architectural production. In order to convey “meaning”, postmodern architects used diverse modalities of reference such as nostalgia, satire, parody, melancholia, allegory, irony and pastiche.

The launch will be followed by a round table discussion with Jan Digerud, Anna Ulrikke Andersen, Ingrid Dobloug Roede, and Léa-Catherine Szacka.