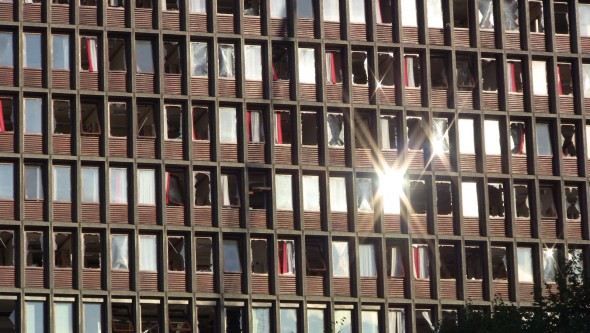 The thesis addresses the supportive role of architecture in societal remembrance. Focusing on the built environment as it is represented in the memory of individuals rather than on its materiality it emphasises multiple perspectives and transitoriness rather than singularity and stability. The study offers a reading of the concept le cadre spatial de la mémoire, the spatial framework of memory. Conceived by the French sociologist Maurice Halbwachs as an integral component of the theory of collective memory it was developed over three books written from the 1920s to the 1940s. The concept is assessed in its original context and its indebtedness to Halbwachs’s three main intellectual forefathers, Henri Bergson, Gottfried Wilhelm Leibniz, and Émile Durkheim, is appraised. The thesis takes as a premise Halbwachs’s general postulation that individual memory, in essence, is conditioned by the social contexts it is inscribed in and posits that architecture, seen as a spatial framework of memory, can be regarded as a shared construct in the minds of the members of a group, employed primarily to structure their collective memory.

Through a survey of the development of Halbwachs’s concept in architectural theory, especially in the writings of Kevin Lynch and Aldo Rossi and in Aleida and Jan Assmann’s model of communicative memory and cultural memory, supplements to the spatial framework of memory are assessed, notably on the institutional level of society. Drawing on the Assmannian proposition that artefacts are memory by metonym, the thesis elaborates on Halbwachs’s suggestion that the physical environment could be regarded as a mind-external spatial framework of memory which, when perceived, could be employed in everyday or institutionalised remembrance in a similar way as a mind-internal spatial framework of memory. With a dual nature of externality and internality the concept is proposed as a contribution to a theoretical framework for investigating architecture in processes of societal remembrance, taking as a premise the understanding that material artefacts are catalysts for acts of recollection, not hypostatised memory. The thesis sees the concept applied in an analysis of the debate about the Government Quarter in Oslo that followed the bombing on 22 July 2011. It is suggested that the spatial frameworks of a particular place carry different sets of memories for the different groups that entertain relations to the place, and events like the one in Oslo, which was followed by comprehensive media coverage, can bring about changes to the sets of memories and make them move between groups.

Mattias Ekman is currently postdoctoral fellow at the Centre for Museum Studies/Department of Culture Studies and Oriental Languages, University of Oslo where he studies architectural and classificatory arrangements of collections and knowledge in seventeenth-century Sweden.