Wallis Miller and Mari Lending will chair the panel: Exhibitions and the Canon of Modern Architecture. 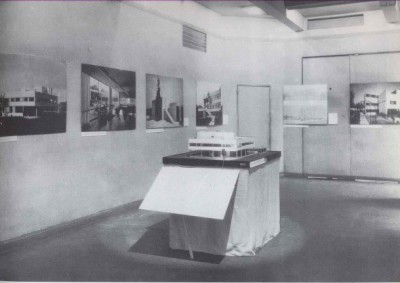 What do we know about the role of exhibitions in the formation, confirmation, and rejection of the canon in the field of the History of Modern Architecture? There has been much recent interest focusing on the role of exhibitions in its formation and subsequent development in the canon of the History of Modern Art. One thinks of the research on Impressionism or the wide-ranging work on Secession movements, demonstrating the central role played by exhibitions in confirming the importance of the works of art. Considering the emerging research focusing on architecture exhibitions, this panel will discuss the influence that exhibitions and their proliferation have exerted on dominant conceptions of Modern Architecture and processes of canonization since the late 19th century.

Indeed many canonical works of modern architecture owe their existence to exhibitions, with an emblematic example in Mies van der Rohe’s German Pavilion at the 1929 World Exposition in Barcelona, a temporary building that journalism and scholarship transformed into a permanent monument. However, exhibitions have produced permanent buildings that have become fixtures in the history of Modern Architecture as well: the 1927 Weissenhof Siedlung, and the Case Study Houses in Los Angeles, produced as an exhibition spanning several years. These and other exhibitions have also conferred significance on the work of lesser-known architects by consolidating their projects under an important rubric or announcing them as the harbingers of generational change (the Exhibition of Unknown Architects, Berlin 1919)

Along with supplying content, exhibitions have shaped definitions of architecture by introducing and revising a definition of modernism. Most notably, the 1930 Stockholm exhibition consolidated a definition of Modern Architecture and linked the practice to national interests. The 1932 Modern Architecture – International Exhibition at the Museum of Modern Art did the same but, significantly, with a much-extended purview. In both cases, powerful institutions acted as sponsors; the choice of representational medium was important (full-scale buildings for one; photographs and models for the other), and their accompanying publications were crucial to their impact, lending permanence to the fragile medium of the exhibition.