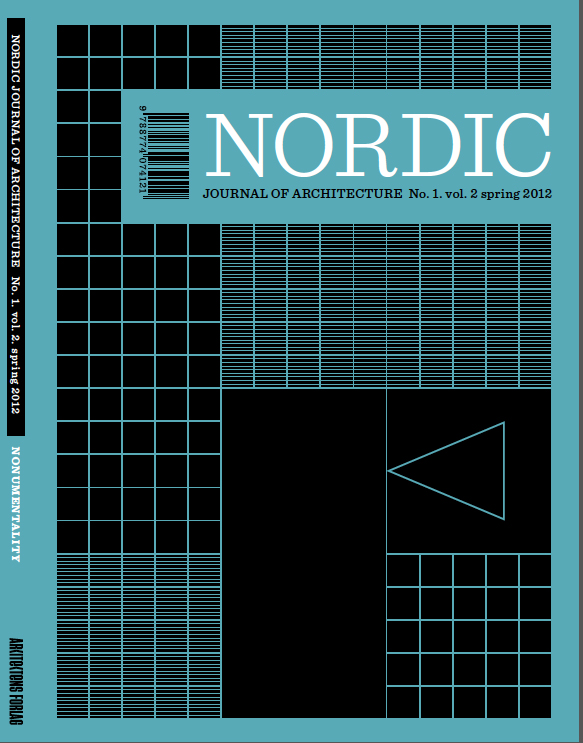 Artist-architect Gardon Matta-Clark’s concept of nonumentality may be seen to encompass the concerns of a whole post-war generation, with its fascination for structuralism, low-rise high-density, user participation, flexibility, organic growth, and open form.

The special section of NJoA #2 probes the ideals and realities governing the second phase of post war reconstruction in the Nordic countries, in a period when social democratic politics and anti-monumental aesthetics converged. While architects of the late 1970s would abandon form for politics, and those of the 1980s would leave politics for form, the late 1960s and early 70s seemed able to pursue political ideals of democratization and empowerment without denouncing their responsibility as form-givers. Critics and historians have spoken of the Low-rise High-density movement, about Structuralism and open form, about altered production systems and the architecture of the welfare state. However, rather than looking for overarching conceptual designations, we will approach the topic in a staunchly empirical, almost micro-historical manner. With the competition and realization of the Skjetten Town north of Oslo (1965–1973) — one of the most ambitious experiments in European post war housing, as the point of departure — nine scholars discuss its ideological and theoretical presuppositions, architectural qualities, and continued relevance for contemporary architecture.