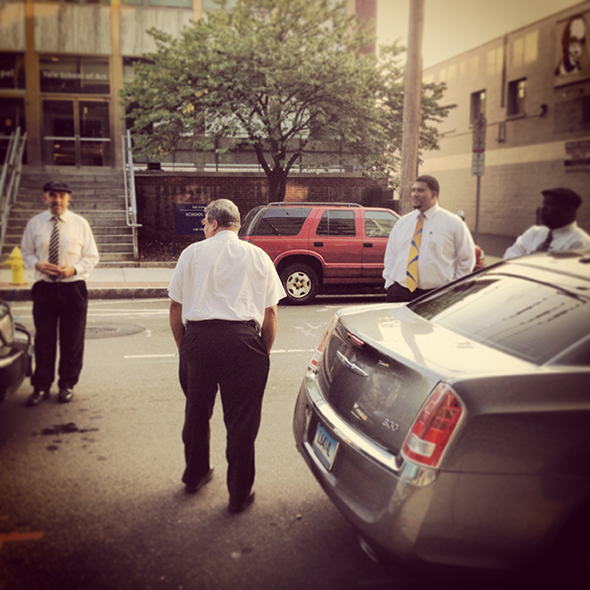 The ambition to exhibit architecture always entails a paradox: how to exhibit something so large and complex as a building or a city or how to represent something as elusive as an architectural experience that unfolds in space and time? The Yale Symposium Exhibiting Architecture: A Paradox? invited OCCAS scholars Mari Lending, Léa-Catherine Szacka, and Wallis Miller to present their research on exhibitions.

While the story of major museums and their role in shaping the history of modern architecture has been largely told, this symposium will bring together historians, curators and practicing architects to explore how architecture has pushed exhibition as a medium in its own right and how exhibitions have shaped the discipline of architecture by posing questions that are historical, theoretical and critical. Rather than focusing on major historical surveys where the exhibit is treated as a descriptive event, this symposium will focus on exhibitions where architecture is used as the medium, at times becoming architectural reality in its own right. The symposium will also explore the condition wherein architecture itself has come to mimic exhibition and display strategies, making buildings into producers of scenographic sequences and atmospheric affects or, in some cases, into objects on display. Various exhibition techniques and formats that have emerged through experimental architectural exhibitions as well as fertile institutional settings and curatorial practices that have explored alternative modes of public engagement will be explored. “Exhibiting Architecture: A Paradox?”