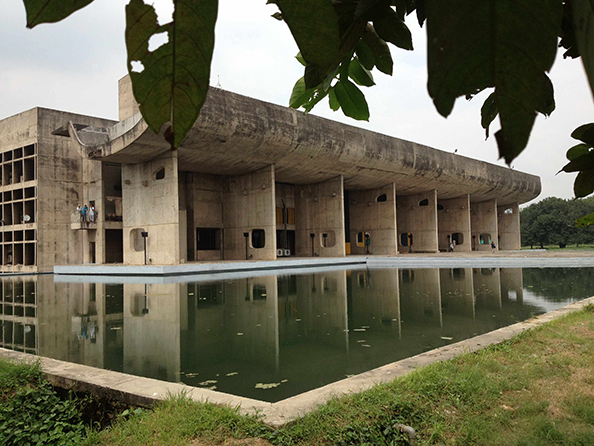 Arranged by Chitkara University, Punjab, India in collaboration with ICOMOS International Scientific Committee on 20th Century Heritage, Foundation Le Corbusier, Getty Foundation and several other local and international institutions the conference focused on the preservation, identification of 20-century heritage. With Chandigarh as a case, the conference examined the scope and the challenges of managing the recent past within the framework of the World Heritage regime. A major objective was to promote and understand the significance of twentieth century heritage, not only its physical and visual attributes but also its historical, cultural and social dimension. The conference offered OCCAS scholars Tim Anstey and Thordis Arrhenius the opportunity to present and discuss, in the context of international expertise on 20-century heritage, a brief for a new research and educational initiative at FTH focusing on the preservation of the recent past in a Nordic context. The brief was presented under the working title ‘Restoring the Scandinavian Well-fare State’.