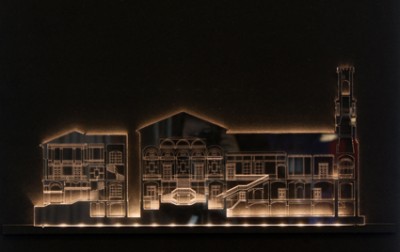 The exhibition is the result of the Printed & Built studio Architecture on Display, and it was produced by master students Iselin Bogen and Ole Knagnehjelm Lysne, supervised by Professor Mari Hvattum.