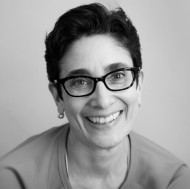 Wallis Miller specializes in 19th and 20th Century German and European architecture. Her writing focuses on architecture exhibitions and museums, including “Schinkel’s Museums” in a recent collection of essays about Museums and Biographies and “Mies and Exhibitions,” for the exhibition “Mies in Berlin” at the Museum of Modern Art, New York. Her main project, Architecture on Display: Exhibitions, Museums, and the Emergence of Modernism in Germany, is a book about the formative role of collecting and exhibiting German architecture in the 19th and early 20th centuries. She continues to participate as a visiting scholar in OCCAS research groups, first in “Place and Displacement: Exhibiting Architecture” and currently in “The Printed and the Built”. She is the Charles P. Graves Associate Professor of Architecture at the University of Kentucky.

“Fitting in: Architecture in the Art Gallery,” in Robert Gutman, Architecture from the Outside In, (New York: Princeton Architectural Press, 2009).