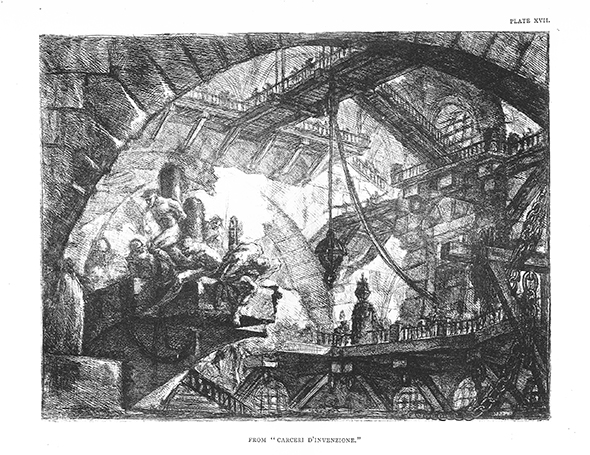 The project Piranesi and the Modern Age explores the impact of Giovanni Battista Piranesi (1720-78) on literature, film, photography, art, architecture and urban planning in the twentieth and twenty-first centuries. It evolves around the idea that Piranesi’s etchings more than influenced the modern age, as the idea of the modern as such hinged on continuous re-interpretations of them.

Pioneers and movements of modernism and of modern culture at large, from cubism to deconstructivism, fell victim to the old master’s influence, challenging emerging technologies and expressions’ claim to novelty. In one field after the other Piranesi left an impact, but in slightly different ways, as if his oeuvre were a slowly turning kaleidoscope reflecting modernism’s own changing realities. Transcending the period they were made, print volumes such as Carceri (1750/61) and Campo Marzio (1762) appeared cutting-edge, even avant-garde, seemingly placing Piranesi more firmly in a twentieth-century development than in an eighteenth-century one. Tracing Piranesi’s many modern-age debuts, the historiography of our own times takes a slightly new and surprising path.