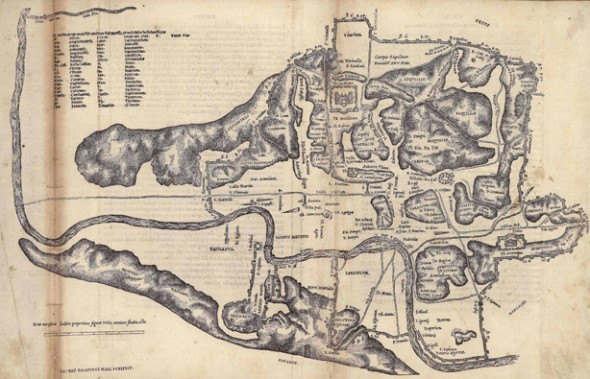 The objectives of the interdisciplinary research project Topos and Topography: Rome as the Guidebook City are to trace the origins and developments of the guidebook genre, with focus on the city of Rome; to define the elements, functions and strategies that shape the identities of the author, the traveler and the place, and to discuss the impact of the guidebooks through history on the modern guidebook of today and its role in cultural meetings and exchange in Europe. These objectives will be attained by studying a wide range of material, not limited to pre-modern and modern guidebooks, but also including antique and medieval material such as geographical maps, pilgrim itineraries, liturgical guides, and inscriptions, and thus provide new knowledge and open a totally new field of study. Methodologically and theoretically, the project will broaden scientific horizons by crossing borders between fields such as literature, architecture, art history, philology and cartography. By working interdisciplinarily, the project will be able to shed light upon the subject from various aspects and benefit from a manifold theory basis.