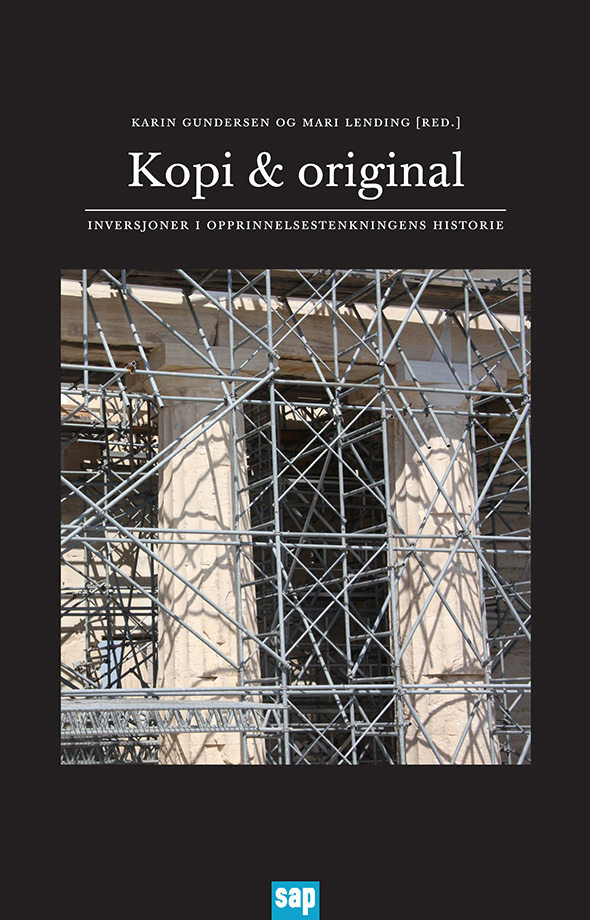 Architecture, philosophy, art, music and fiction: The convoluted relations of the copy to the original is studied through a wide range of aesthetic disciplines in this anthology, edited by Karin Gundersen and Mari Lending, and published by Scandinavian Academic Press, Oslo. Drawing on an OCCAS seminar in Athens spring 2010, the volume contains several chapters on architecture, seen through the prism of copies and originals.

Is there always an original, is it recognizable, and does it materialize before or after the copy? The thorny rapport between the copy and the original has haunted European culture since antiquity. Plato warned passionately against sensory things as bewildering copies. Nevertheless, the classical tradition was governed by an aesthetics which highly valued and recommended imitation of the great precursors. The mid 18th century witnessed a fundamental rupture of this continuity: The modern obsession with novelty and the unique promoted the original oeuvre, while the copy was radically devalued.

In this volume, scholars working within a variety of aesthetic fields – such as opera, Renaissance poetry and modernist prose, architecture, art, and philosophy – investigate the often unexpected constellations of copy and original unfolding in the fine arts. From Greek temples to Proust and Plato, from the cultural imaginations of the Baroque to contemporary debates on preservation and heritage, the different contributions rethink the hierarchy of copy and original, displaying amazing parallels between disciplines and traditions.

Contents: Karin Gundersen and Mari Lending introduce the volume with a reflection on anachronic origins; Panayotis Tournikiotis presents the historical trajectory of the reconstructions of Parthenon; Hans Hauge reconsiders imitation and originality in 19th century criticism; Gro Bjørnerud Mo writes on the figure of antonomasia in Renaissance poetry; Jørgen Langdalenexamines copies and originals in the 17th century Barberinian music theater, Victor Plahte Tschudi studies paintings as models in Bernini’s Louvre; Mari Hvattum elaborates on imitation and metamorphosis in 19th century architectural theory; Mari Lending highlights the significance of architectural plaster casts in Proust’s aesthetics; Hans-Henrik Egede-Nissen investigates the concept of authenticity in contemporary preservationist discourse; Runar Døving discusses the linguistic and symmetric value of the “copy of the original, original of the copy”; Panagiotis Dimaslooks at utopia as original in Plato; while Karin Gundersen follows the trope of toujours déjà from Derrida to Proust.