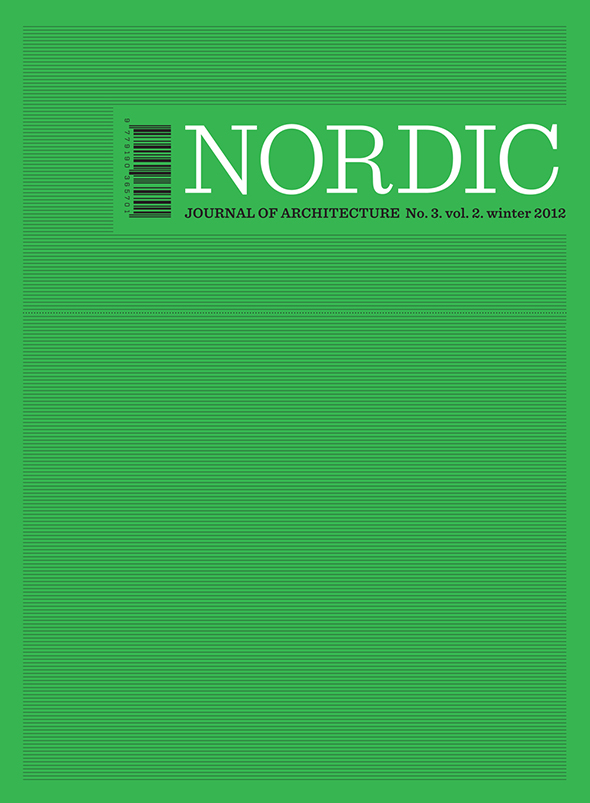 NORDIC Journal of Architecture is an international, academic journal on architecture and design; so far the most ambitious initiative of its kind. In recent years, Nordic architecture has become a topical issue internationally, and several research projects studying Scandinavian topics are being conducted in the US and Europe. NORDIC Journal of Architecture is part of this new momentum, negotiating the territory between architectural practice, its historical presuppositions, and its theoretical repercussions. NORDIC is a forum for architectural scholarship, but also for investigating the relationship between architectural culture and society at large. Using specific events, conferences or debates as points of departure, each issue will present contemporary architectural research and practice, including design, historiography, teaching, and criticism. Encompassing works as well as criticism, and speculation as well as meticulous scholarship, it engages with the full complexity of contemporary architectural culture.

NORDIC is published bi-annually by the Danish Architectural Press. Editor-in-Chief is Mari Lending, The Oslo School of Architecture and Design. No. 1, Fall 2011, As-Found, was guest edited by Ellen Braae and Svava Riesto, DK. The special section on Nonumentality in no. 2, Spring 2012 was guest edited by Mari Hvattum, AHO.