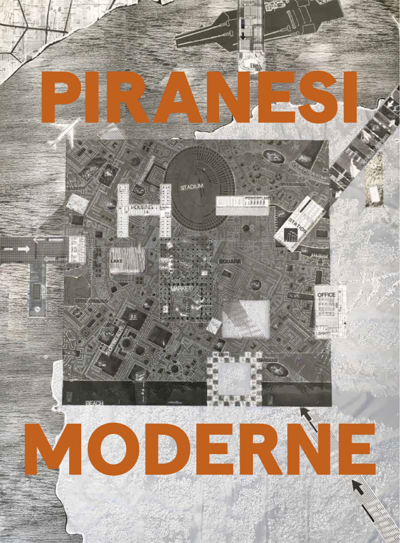 Piranesi and the Modern presents six essays and an interview that shed light on the continued relevance of Giovanni Battista Piranesi (1720–1778) in the twentieth and twenty-first centuries. Piranesi was a researcher and an artist at the same time, “in that sense I feel pretty close to Piranesi myself,” architect Rem Koolhaas explains in an interview included the book. In the essays, curator Giovanna Scaloni shares new information about Piranesi´s copper plates for the Campo Marzio plan, and New York-based artist Julie Mehretu reveals her fascination with Piranesis Imaginary Prisons. Texts by Victor Plahte Tschudi and Wenche Volle trace various histories of Piranesi in recent times, charting the collecting of Piranesi in Norway, the importance of the two states of the Imaginary Prisons and the relevance of the Campo Marzio plan among architects since 1900.

Apart from the essays, Tschudi and Volle have written a series of brief textual vignettes on relevant themes such as etching, Rome, the Grand Tour, Piranesi and Film, Piranesi and the Literary Self, and other topics.

The book Piranesi and the Modern also serves a catalogue for the exhibition with the same name, curated by Tschudi and Volle, and running at the National Museum in Oslo. It contains a foreword by the director Karin Hindsbo and a complete list of works on display.